Instead of studying the details of development from the apex of power downwards, an integral study of the indigenous knowledge is now recommended. The methodology cannot be defined as a universal formula for everything and everywhere, but it sprouts from the logic of the local people and specific eco-landscape. The subtle categorisation of things connected with agriculture and

ethnozoology, etc., at micro levels by acquiring knowledge from indigenous people is done by sustainable harvesting of biological resources. Today already accepted Traditional Environmental Knowledge (TEK) for the scientific and innovative resource management. It is a community based research and participatory in action. The methodology of it is the Sharing of the Local Knowledge (SLK) formulated from our experience.

The methodology of acquiring knowledge, used by traditional people, is through ‘seeing, hearing and doing’ and is connected with the diachronic nature of folklore in which the oral tradition hands over information from generation to generation. Those who work in the traditional local knowledge systems accept

the informants as belonging to the ‘traditional scientific community’ of researchers or as community researchers or as ‘indigenous researchers’. The informants are to be given prime importance. The knowledge should be patented in the name of the community and anybody from any strata of the society can gather information. Indigenous Knowledge Systems have views different from the conventional modern research practices. Its strategies are totally eco-centric and objective as well as intuitive and they are derived from practical and innovative life of the generations. Indigenous knowledge

is needed in these alienated circumstances to regain the independence of the community. As the informants from older generations are very few now, it is essential to have a strategy to collect the information as early as possible and document it. The folks can give information about diverse agricultural practices, details of the terrain,eco-history, village rituals and practices, the oral composition of ballads narrating the episodes of the life of communities, etc. As the indigenous knowledge is rapidly fading out of the memory, a number of schemes to preserve it

have been worked out by CFS. Ethno medicine, ethno ecology, ethno agriculture, etc., are some of the relevant themes found in forest lores. The tribals had their own thoughts and philosophy about ecological niche, and from their memory the concept of native ecology can be revived. Through globalisation local cultures are rapidly vanishing. There should be an upsurgence against the theft of indigenous knowledge through the laws of patents. The biodiversity and the indigenous knowledge of the people about numerous varieties of seeds are the wealth of the folk.

1)Forming the IK centre : This can collectively be done by the help of elderly people,

women, children and those who are outside the conventional educational stream.

2)Formulation of the methodology of collection of IK.

3)Training people to collect information. This is not the conventional survey system. Instead of teaching the old people of the folks our knowledge, we should go

to them and collect information from them. This is the ‘Mapping of Memory’ method.

6)Field survey: Making rapport with the person, telling him/her the aim of the work, and collecting the IK should be informal. The information

they give is their worldview and philosophy. A local fisherman may know much more than a marine biologist in a particular field. When they are contacted mainly three things are to be noted (a) Request them to compare their traditional IK with the imported one; (b) Request them to suggest some remedies to get over the present crisis; (c) Request them whether they are ready to help in propagating the IK.

the information categorisation of IK and registration are to be done.

By using the collected materials folklore museums, IK data base, audio/video library are to be set up. 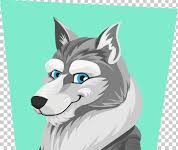 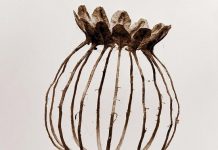 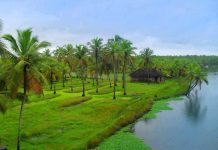